Blood is a bodily fluid in animals that delivers necessary substances such as nutrients and oxygen to the cells and transports metabolic waste products away from those same cells. When it reaches the lungs, gas exchange occurs when carbon dioxide is diffused out of the blood into the pulmonary alveoli and oxygen is diffused into the blood. This oxygenated blood is pumped to the left hand side of the heart in the pulmonary vein and enters the left atrium. From here it passes through the mitral valve, through the ventricle and taken all around the body by the aorta. Blood contains antibodies, nutrients, oxygen and much more to help the body work. In vertebrates, it is composed of blood cells suspended in blood plasma. Plasma, which constitutes 55% of blood fluid, is mostly water (92% by volume), and contains dissipated proteins, glucose, mineral ions, hormones, carbon dioxide (plasma being the main medium for excretory product transportation), and blood cells themselves. Albumin is the main protein in plasma, and it functions to regulate the colloidal osmotic pressure of blood. The blood cells are mainly red blood cells (also called RBCs or erythrocytes) and white blood cells, including leukocytes and platelets. The most abundant cells in vertebrate blood are red blood cells. These contain hemoglobin, an iron-containing protein, which facilitates oxygen transport by reversibly binding to this respiratory gas and greatly increasing its solubility in blood. In contrast, carbon dioxide is almost entirely transported extracellularly dissolved in plasma as bicarbonate ion. Vertebrate blood is bright red when its hemoglobin is oxygenated and dark red when it is deoxygenated. Some animals, such as crustaceans and mollusks, use hemocyanin to carry oxygen, instead of hemoglobin. Insects and some mollusks use a fluid called hemolymph instead of blood, the difference being that hemolymph is not contained in a closed circulatory system. In most insects, this “blood” does not contain oxygen-carrying molecules such as hemoglobin because their bodies are small enough for their tracheal system to suffice for supplying oxygen. Jawed vertebrates have an adaptive immune system, based largely on white blood cells. White blood cells help to resist infections and parasites. Platelets are important in the clotting of blood. Arthropods, using hemolymph, have hemocytes as part of their immune system. Blood is circulated around the body through blood vessels by the pumping action of the heart. In animals with lungs, arterial blood carries oxygen from inhaled air to the tissues of the body, and venous blood carries carbon dioxide, a waste product of metabolism produced by cells, from the tissues to the lungs to be exhaled. Medical terms related to blood often begin with hemo- or hemato- (also spelled haemo- and haemato-) from the Greek word (haima) for “blood”. In terms of anatomy and histology, blood is considered a specialized form of connective tissue, given its origin in the bones and the presence of potential molecular fibers in the form of fibrinogen. 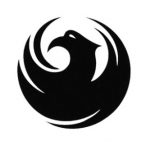